For those of you that followed my trip to the Alaskan Arctic Circle in my little Lotus Elise in 2012, and for any new followers who might happen upon this blog later, I want to let you know that I am off on another adventure, and amd starting a new blog. So if you want to follow me, you can !

I am going back to Alaska in early 2014 (yes, It was so good I can't stay away !!), but this time in a vehicle that should let me get to more remote places, on worse roads, and in worse weather, than I could achieve in my little convertible Lotus with 90 mm of ground clearance !!  I then intend to go down through Central and South America........................!!  To this end I am selling my Lotus after 15 years of loving her, and have now purchased a 4WD Toyota Landcruiser Troopcarrier ("Troopie") with a pop top so I can sleep in it, cook in it, go on just about any road surface however wet, slippery or rough, and hopefully get spare parts for it anywhere !!  So I am preparing that to ship to Seattle in about February 2014, ready to push up the Marine Highway (just for a change) up to Alaska in early May 2014. 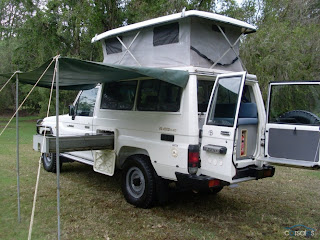 If you are interested to read further, I am currently writing a new blog which details all about my Troopie, how I am preparing for the trip, and any side trips I might do around Australia in the next 12 months.  Appropriately it is called "Watching and Waiting" (Good Moody Blues track !!) because I am sitting here Watching and Waiting for 2014 to get here !! http://watchingandwaitin.blogspot.com.au/

And for those of you who want to follow my 2014 trip in the Americas (and maybe elsewhere after that ?!), I have started a separate blog called "I'm going on an adventure", the address of which is http://imgoingonanadventur.blogspot.com.au/
I will not put any further entries into this blog until I set off in 2014, but you can bookmark it now so you don't lose me !!

Foototes - 1) Before anyone mentions it, Yes, I KNOW there is an "e" missing off the end of the last words in these two blog addresses - I couldn't have the address with an "e" on the end as it was already taken, so I had to go without the "e" !!!!
2) For those of you who are Hobbit followers, you will know that as Bilbo sets off at the beginning of the movie, not knowing what fun (and trials and tribulations) await him, he shouts gleefully to his friends "I can't stop, I'm Going on an Adventure".   I thought it epitimised what I am doing - I am setting off, not quite knowing what awaits me, some good, some bad, (hopefully no Orcs or giant spiders !!), but knowing that it is just something that I HAVE to do !  So that is where the name came from !!

Anyway, this post now ends this blog, this chapter of my life, and I move on to the next chapter, as I plan for 2014.   I would love you to join me on the other sites !